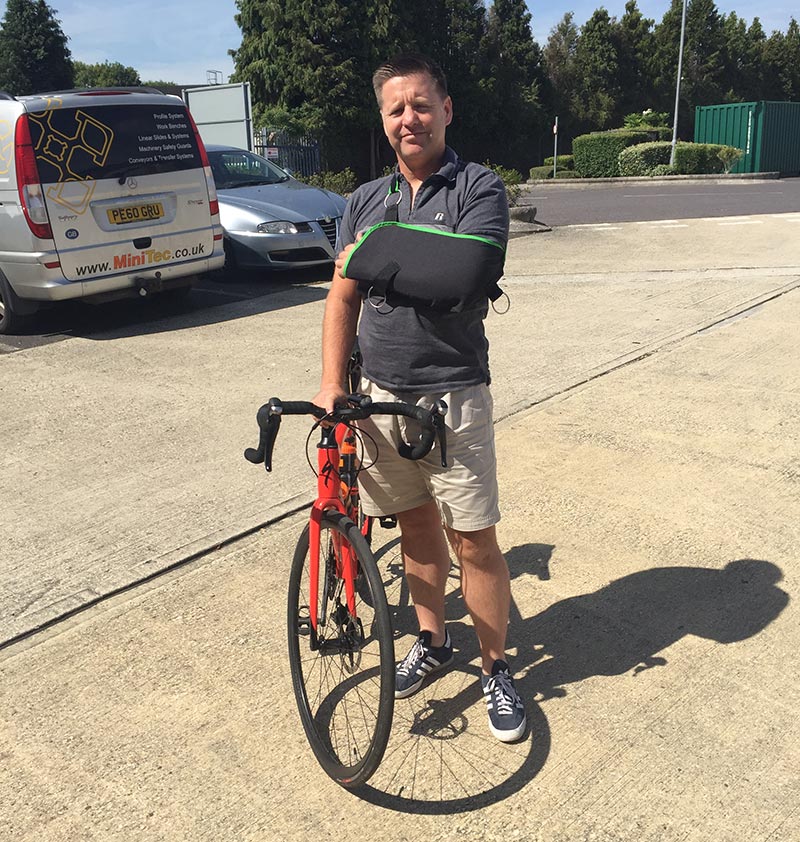 On the plus side, he completed the 265-mile journey from Basingstoke to Paris as part of the Ark to Arc challenge, which is helping to raise much-needed funds for the Ark Cancer Centre in Basingstoke. But, in a serious accident on the last afternoon, which resulted in one of the riders breaking a collarbone, Gary could not escape the collision and managed to fracture his arm.

The amazing thing is, he managed to complete the ride and only discovered the break on the day after when he realised he couldn’t move his arm properly. Gary said,

I knew something was wrong, but assumed it was less serious than it was as I could still ride the bike and was desperate to complete the ride, which finished by the Eiffel Tower.

Gary, who is on restricted duties at work has mixed feelings,

One one hand (no pun intended) I am frustrated with the outcome of my arm, but riding into Paris was something special. Not only that, the team has managed to raise somewhere in the region of £70,000, which helps put things into perspective, especially when you consider the cause.

You can still sponsor Gary online for the Ark-to-Arc challenge for Ark Cancer Centre Charity until mid-August.