We are pleased to announce our support for the Twin Towns Tour 2019, the latest cycling adventure from Ark Riders as they continue their fundraising for The Ark Cancer Treatment Centre in Basingstoke. 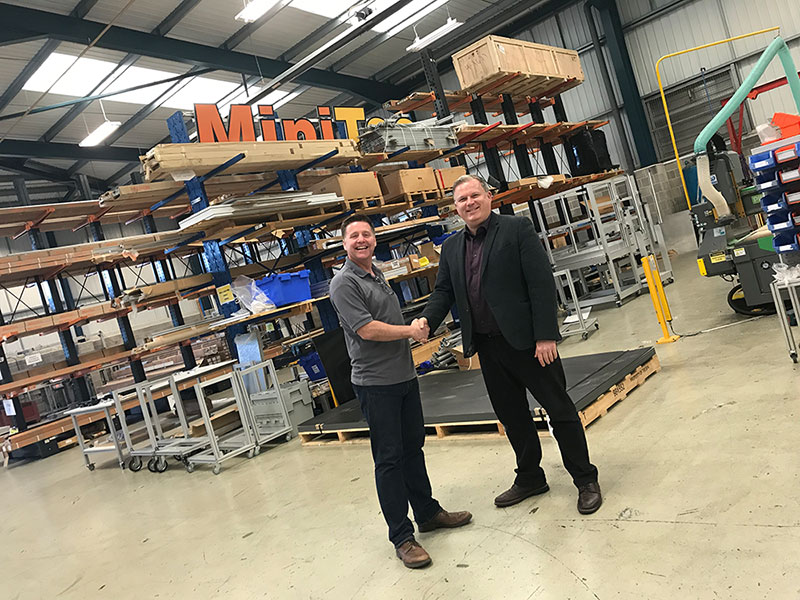 Now in their third year of fundraising, the Basingstoke-based group of volunteers has already raised around £216,000 from charity cycling and social events, and we have just signed up to be the main event sponsor for the 2019 cycle ride taking place in July.

The Twin Towns Tour, which starts on 17th July from the Ark Centre in Basingstoke, covers around 455 miles over five days with the team of 28 peddling through England, France, Belgium, Holland and Germany, before arriving in Cologne on 22nd July.

The group are hoping to raise around £20-30,000 from this years charity ride and we are happy to support the Ark Riders once again as they cycle through the heart of MiniTec territories in Europe.

Gary Livingstone, MiniTec UK Managing Director, will also be taking part in the ride, having cycled in every challenge with the charity fundraising group since the first ride in 2016 from John O’Groats to Land’s End.

“It’s not only a fantastic experience and personal challenge, but it’s also for a great cause. As a group, we have raised an incredible amount of money to go towards the cancer treatment centre and I think it’s clear for everyone to see how many people need this sort of support locally so there’s still plenty to do.

“As a business, we work closely with our partners in France, Belgium and Germany, so it seemed like a natural fit to support the Twin Towns Tour. At the end of the day, cancer doesn’t have boundaries, so all the while we can do to things to help, it seems pertinent to do so as a business based in the town working right across Europe.”

“Gary is a stalwart of the Ark Rider group and a central character in the Basingstoke business community. We can not thank MiniTec UK enough for their support once again, as, without the support of the business community and people like Gary, we wouldn’t be able to raise as much money as do for such a worthwhile cause.”

You can support Gary on his fundraising quest here.