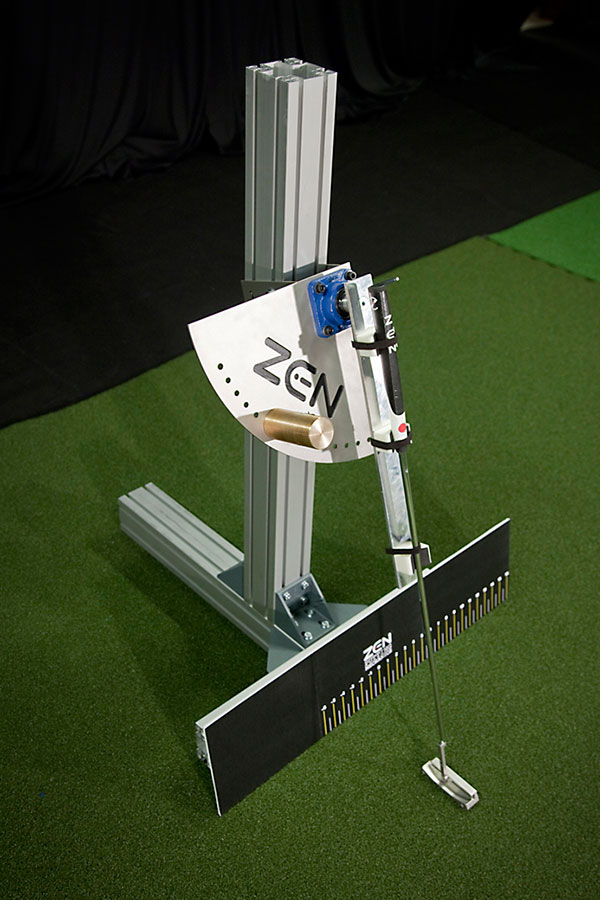 When it comes to putting, do you know your blade from your mid-mallet or full-mallet? And, which type performs best for your particular putting style?

The engineers at Zen Putting Mechanics have been helping Today’s Golfer magazine to test 46 putter designs from several top manufacturers with specific parameters to determine the best buys and MiniTec is central to the testing procedure.

For one of the tests, the British golf innovator developed a putting robot with Sheffield University’s AMRC – Boeing research centre that evaluates a putter’s ability to forgive off-centre strokes. After successfully using our Profile System for the adjustable frame on its unique ‘Green Stage’ variable contour putting platform, they once again specified MiniTec to provide a stable frame for the putting robot.

The MiniTec frame supports the rotating mechanism that grips the putter and is adjusted to simulate a straight swing, guiding the golf ball on a flat level surface. Two putts of around 20-feet were recorded.

The first putt was set up to strike the ball centrally on the sweet spot of the putter but the second shot adjusted by a quarter ball into the toe – an apparently common and realistic off-centre mishit.

The results – distance shortfall, out-of-line offset – reveal the forgiveness factor after some number crunching. For aficionados of the game, the mallets performed better – but the adjudicators of the test did qualify that whilst every effort was made to ensure accuracy, more precise results would be obtained by longer term testing.

Whilst the application for the putting robot is very simple for the numerous capabilities of MiniTec, Zen Putting Mechanics’s chose our system based on its experience with supply logistics and service for its incredibly successful Green Stage artificial putting platform. 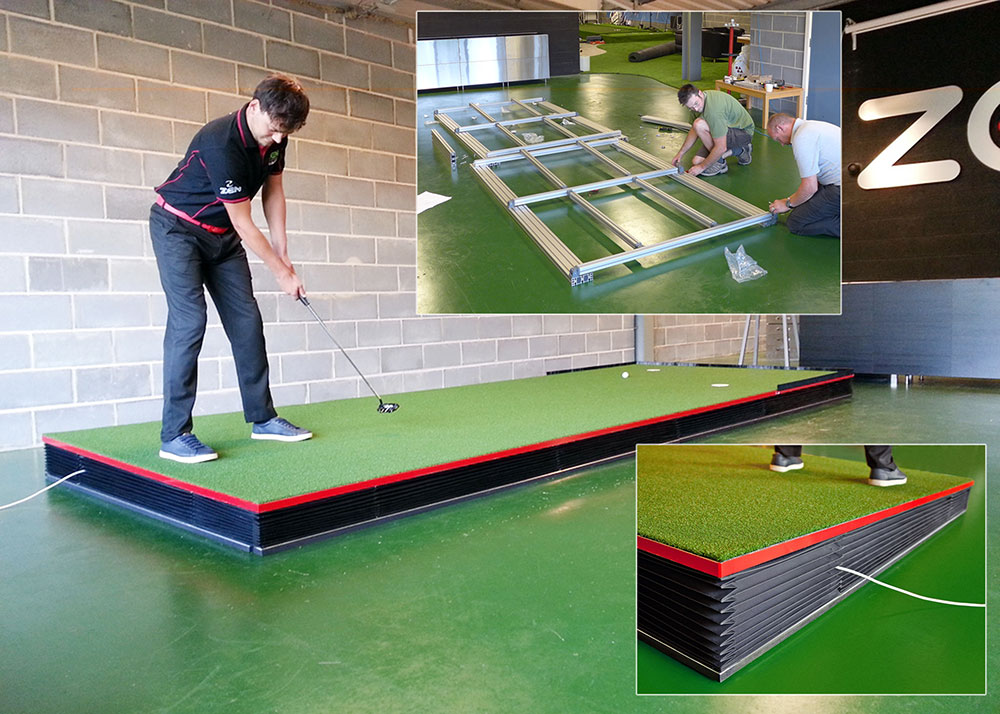 Green Stage is now widely exported from Zen’s Sheffield base and with MiniTec’s world-wide manufacturing, sales and distribution facilities, Zen are able to obtain the aluminium profile from local sources in-or-near the customer’s export country – cut to size and with all the interconnection components supplied as a complete kit – simplifying supply and saving on costly shipping.