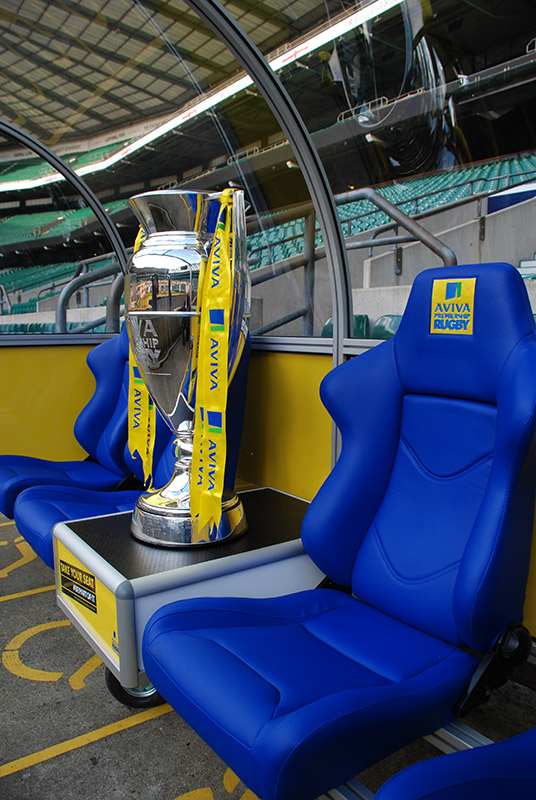 Rugby Union has been in the public eye earlier this year with the six nation’s championship and the national league championship captivating the sporting world.

We were delighted then to be approached by the marketing team of championship organisers to design and construct a mobile shelter to be used to promote premiership rugby on match days.

The shelter is constructed with Minitec’s easy to assemble aluminium profile system and was designed by the team at MiniTec in the UK so that it would be easy to load, unload and transport between the different venues of the championship.

The shelter has a curved back for protection against the elements and includes a table to display the championship cup. We also implemented customised seats with unique embroidery features, all designed to promote the brand of championship rugby.

The shelter was designed to the customer requirement and the whole process from design to finished product took just 5 weeks.

Here it is recently at the home of Rugby – Twickenham. 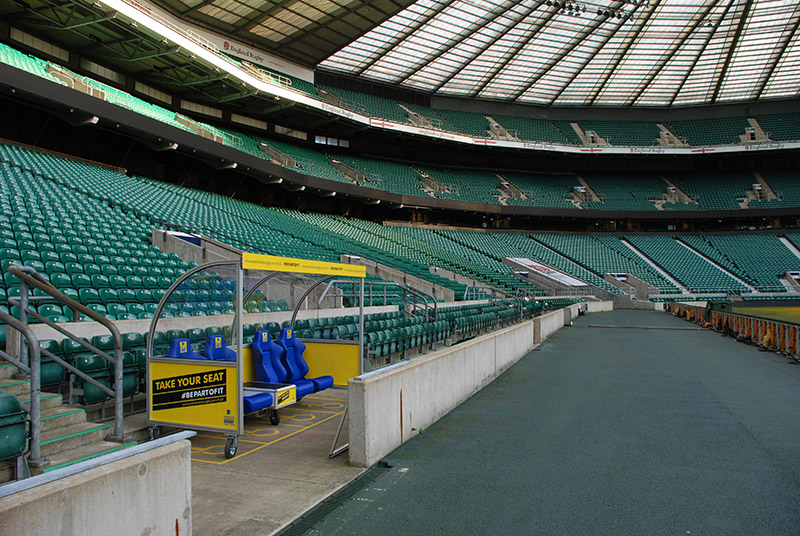